I remember where I was when I first read page 51 of that book.

We all have those moments.

And suddenly it makes SENSE… It’s like you just stumbled upon some secret TRUTH – something you knew all along but had somehow remained hidden.

That’s what it was like when I first read the passage about the HIPPO in Tim Gallway’sInner Game of Tennis. 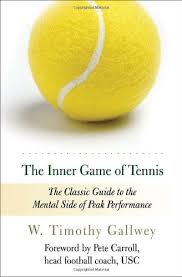 Thankfully I came across it early in my transition to coaching (over a decade ago now).

It was like getting struck with a thunderbolt… I knew instantly.

My approach to coaching pitchers would never be the same.

And I completely agree…  But more than that, it’s a great read for anybody evenconsidering coaching pitchers (or really any sport-specific skill).

For some reason, it was that passage about Gallway’s trip to the San Diego Zoo that got me.

He’s there at the zoo watching a Mommy Hippo “teaching” it’s baby to swim.

First by showing how it’s done… diving down and coming back up for air.

Then nudging the baby into the water…

Giving it some time to struggle before finally going after it and guiding it back to the surface.

Then repeating the process…

Only this time, moving away and leaving it ALONE!

As he puts it in the book, Mommy Hippo somehow knew “that her role in the learning process was finished.”

This time Baby hit the bottom and pushed off with its own legs and returned to the surface.

“Then the new skill was repeated again and again.”

Now granted… teaching a young athlete to pitch isn’t QUITE the same thing.

BUT… There’s something to be said for respecting the natural learning process.

Too often, we as coaches (or parents) want to help so much, we can’t help but TALK, TALK, TALK… we want to share everything we know.

And I have to admit, I’ve definitely been guilty of that at times.

When I first came across Gallway’s book, I’d been struggling with my pitching instruction, regurgitating what I’d seen other coaches doing.

Correcting every repetition. Every throw. Focusing too much on positions…

Deep down I knew the static drills and “positioning” approach was interfering with the pitchers natural athleticism.

It started me on a quest to find a better way… a more “ballistic” approach to developing pitchers.

And in time, it led to the system of dynamic drills and exercises inside the Ballistic Pitching Blueprint.

I just needed to learn to be more like Mommy Hippo…

Then GET OUT of the way.

Nothing like watching a pitcher (who’d been struggling) become more powerful right before your eyes.

That’s all for now.

PS – If you’re ready to say goodbye to “interference” and help your pitchers tap into the natural learning process like Mommy Hippo, I invite you to try the Ballistic Pitching Blueprint.