What if hip to shoulder separation didn’t matter at all?

You’ve probably heard the term before… It’s where the hips open into landing while the shoulders stay closed and lined up to home plate.

You may have even heard people say it accounts for up to 80% of a pitcher’s velocity (after all, there’s even a study that says so!). Now I’m not going to get into that argument here, but let’s just say it’s debatable.

Not quite sure what hip to shoulder separation is? Just check out out a snapshot of most big league pitchers at front foot plant. 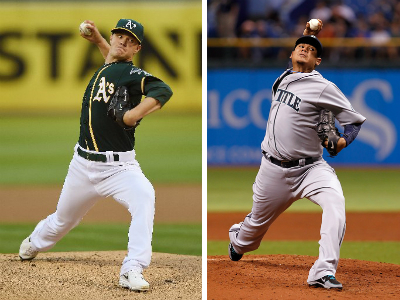 And there’s a reason you see this in most hard throwing pitchers (not everyone to the same degree)… It’s that elastic stretch, that power unwind and whip, that helps them generate so much velocity.

But here’s what you don’t see in those photos…

What did you do early in your delivery to generate momentum towards home plate?

Did you stay loaded in your stride for that power unwind into foot plant?

See, just having separation doesn’t do a whole lot if there’s no power behind it. For example, here’s a snapshot of a young pitcher the first time I saw him a while back… 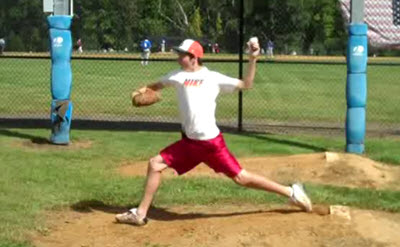 But then when you start actually looking at the video and paying attention to how the pitcher actually moves, you’d see a different story. It’s why video can be such a powerful tool (when used well). It helps you (and the pitcher) really see what’s going on.

For a lot of pitchers, seeing themselves on video can be that “Aha!” moment when things start to click. It’s part of that initial discovery process… Once he knew what to look for (once he can actually SEE the leaks in his own pitching motion) he knows the key areas to work on.

Then he can get to work developing the feel more powerful movements in his own delivery. Take a look at the short video below and see if you notice a difference.

Same pitcher, separated by some time and hard work (and a good 12 MPH).

And here’s the thing. This is NOT a guy I worked with on a regular basis… He lives too far away. This transformation came from his own self-guided search and discovery… him and his dad working together, getting after it. A beautiful thing…

When he came in recently (and we took the video on the right) I was blown away.

Do you know what you need to work on this off-season? Get after it!

PS – As I said, video can be a great tool… if used well. But you don’t want to overuse it (I’ll explain more later).

Looking for those power moves and helping the pitcher MAP OUT his own pitching motion… In the coming weeks I’m going to show you how to do this.